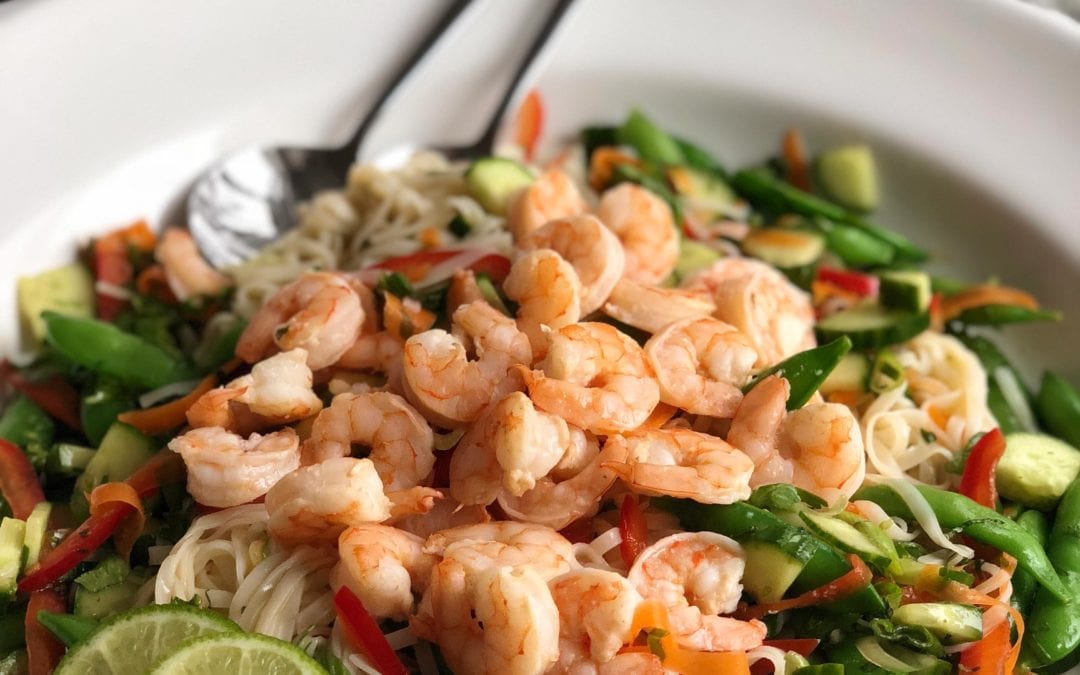 Serves 4 as a main course

1. In a large bowl, add the cucumber, green onion, carrot, red pepper,mint, cilantro and basil. Set aside.
2. In a medium bowl, combine the ingredients for the dressing
3. Remove 1/2 cup of the dressing to a small container and set aside to dress the salad later
4. Add the shrimp to the remaining dressing, stir to coat, cover and refrigerate for 15 minutes. Preheat oven to 425 and lightly oil a baking sheet.
5. Bring a large saucepan of water to boil. Meanwhile, prepare an ice bath by filling a large bowl half way with ice cubes and water. Add the snap peas to the boiling water and cook for 2 minutes, until bright green and lightly tender, but still crisp. Using a slotted spoon, remove the snap peas from the boiling water and immediately submerge them in the ice bath to stop the cooking and maintain the bright green colour. Once cooled, drain the snap peas, pat dry with a paper towel and place them in the bowl along with the other vegetables and herbs.
6. To the pot of boiling water, now add the rice noodles and cook according to package directions, until cooked, but still pleasantly chewy
7. While the noodles are cooking, remove the shrimp from the marinade, and place the shrimp in a single layer on the prepared baking sheet. Discard the marinade. Roast shrimp in the oven until pink and cooked through, about 8-10 minutes.
8. Drain the noodles in a colander and run under cold water to cool and prevent them from sticking together. Once cool, shake the colander to remove any excess water, and put the noodles in the bowl with the vegetables.
9. Drizzle 1/4 Cup dressing over the noodles and vegetables. Toss to coat with the dressing and to evenly distribute the vegetables amongst the noodles.Taste and add additional dressing if desired.
10. Transfer the salad to a large serving bowl, top with the warm shrimp and serve. 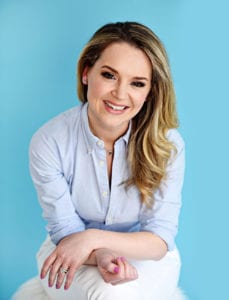